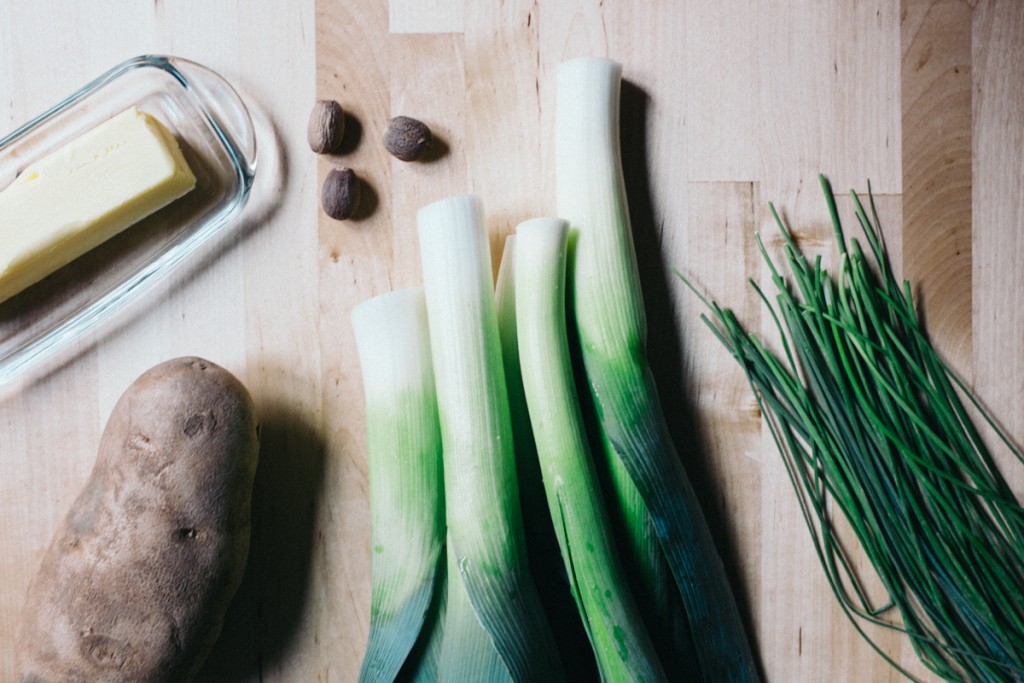 Culinary historians can’t seem to agree whether vichyssoise (say vee-shee-swahz) is an American or a French invention—it was most likely first whipped up at the Ritz-Carlton in NYC by a French chef. Whatever the case, it is a simple hot weather staple you should definitely add to your summer repertoire.

– 3 medium or two large potatoes of any variety. Russets work well, or try the purple variety for a nice color variation.

– A half stick good quality salted butter. Président brand is a solid French standby readily available in many American supermarkets.

– 2 cups of chicken stock with some extra for thinning out soup to desired consistency.

– Whole nutmeg. Ground works too, but is less flavorful.

– A bunch of fresh chives. 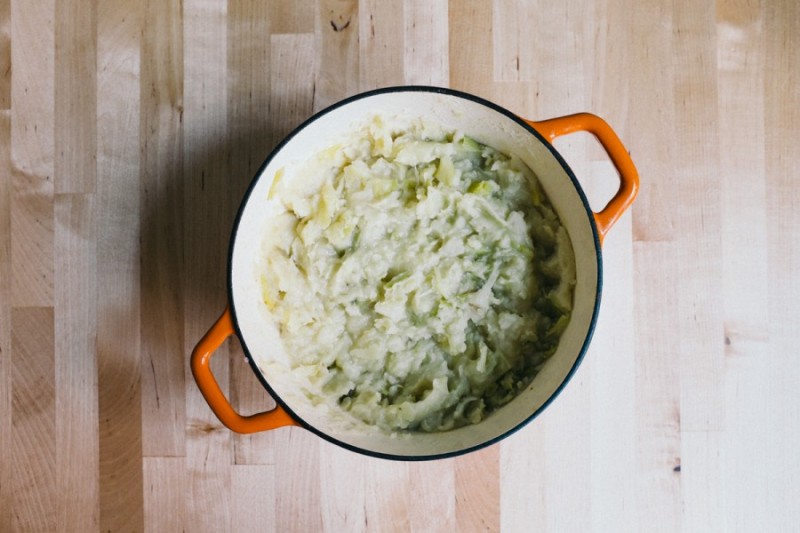 Skin potatoes and cut into 1″ cubes. Chop leeks, retaining only the white portions. Discard the green ends and roots. Simmer until leeks and potatoes with 2 cups chicken stock in a heavy-bottomed pot until they are soft enough to smash with a whisk—a similar consistency as when preparing mashed potatoes. This should take about 30 minutes.

Warning: for the following step it is imperative that you either use an immersion blender or wait until the cooked leeks and potatoes are cool—blending hot liquid can make for some pretty spectacular kitchen incidents, not to mention nasty burns. 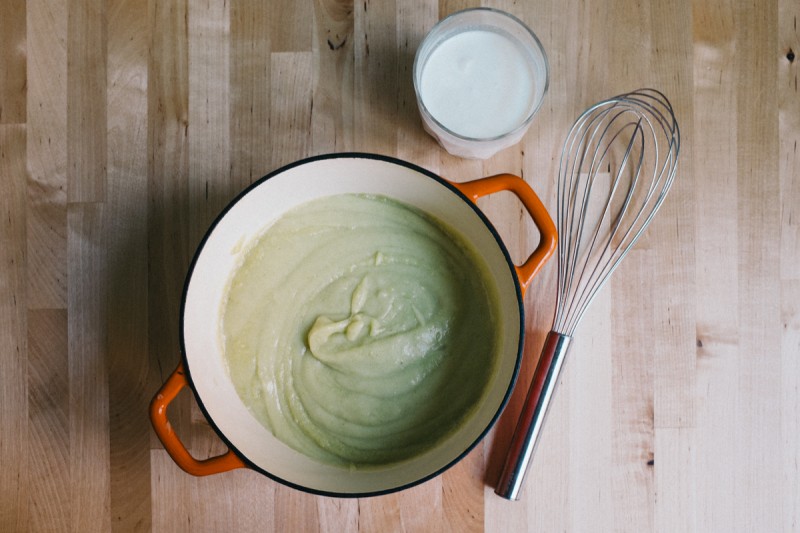 Return to pot and fold in cream with large whisk until entirely blended and add salt and nutmeg. You may also wish to add additional chicken stock at this point to reduce thickness as desired.

Return pot to low heat and allow to simmer for an addition 5-10 minutes, stirring frequently. Allow to cool to room temperature, cover and place in the refrigerator until well chilled. 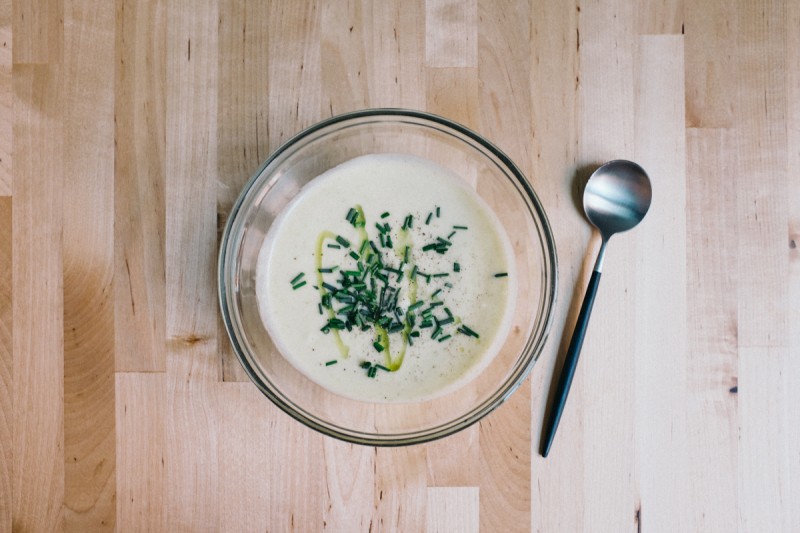